The new year is nearly here, and we’re already filling up our calendars with details on fantastic events happening in Vancouver.

From Cirque du Soleils’ KOOZA to Just for Laughs Vancouver, Jurassic World Live Tour, and more, there’s so much to see and do in 2023!

To make sure you don’t miss out on them, here are 14 amazing events to look forward to next year!

And for more fun things happening around town, be sure to visit our Listed section.

What: The internationally acclaimed Cirque du Soleil production KOOZA is returning to the Big Top in Vancouver in 2023.

Cirque calls the performance “a return to its roots,” with KOOZA paying tribute to the “traditional circus in all its splendour.” Since its opening in 2007, the production has mesmerized close to eight million spectators with over 4,000 performances in 65 cities across 22 countries.

What: Western Canada’s biggest comedy festival is returning to stages all over Vancouver this winter, and it’s bringing in a bunch of huge stars to join the party.

Just For Laughs Vancouver, in association with Sirius XM, will take place from February 16 to 25, and fans of all things funny will have lots to enjoy over the 10 hilarious days. There will be star-powered stand-up, podcasts, improv and sketch, and more.

When: February 16 to 25, 2023
Time: Various showtimes
Where: Multiple venues across Vancouver
Tickets: On sale here

Beyond Van Gogh: The Immersive Experience

What: Beyond Van Gogh: The Immersive Experience is a sensory extravaganza that will feature over 300 of the post-Impressionist artist’s finest works projected onto tall walls and expansive floors, including iconic works such as Starry Night and Sunflowers. 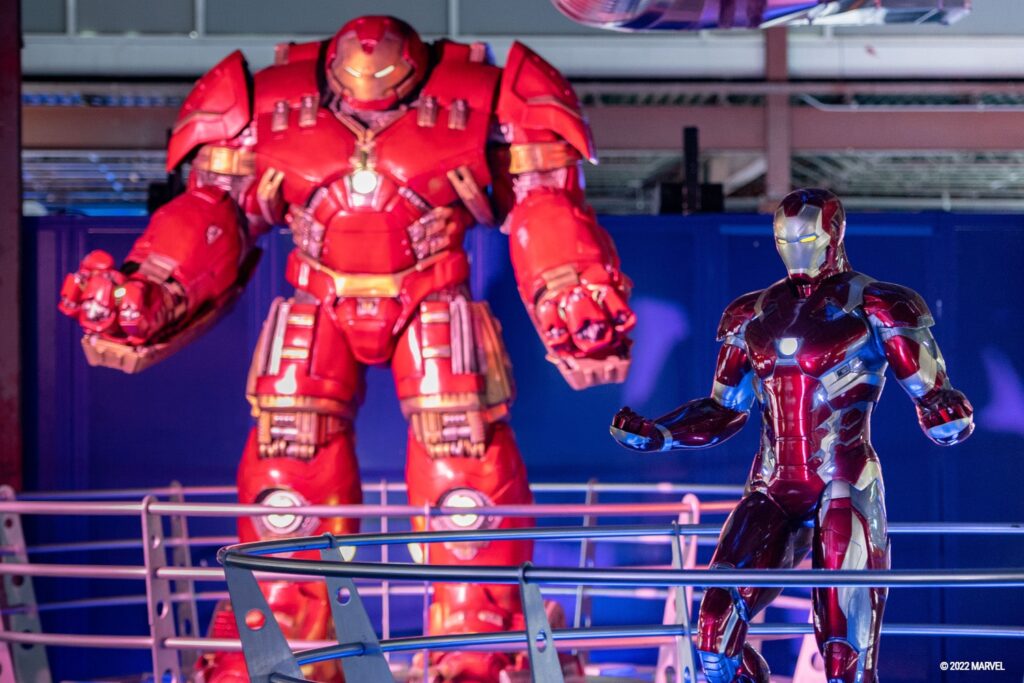 What: Marvel Avengers S.T.A.T.I.O.N., presented by NEON and Paquin Entertainment Group, invites guests of all ages to get up close and personal with costumes and props from some of the latest and greatest releases from Marvel Studios, including Captain America’s shield, Iron Man’s armour, Black Widow’s uniform, and more.

Start as a new recruit and explore the history, science, engineering, genetics, and profiles of your favourite Avengers.

When: March 3 to May 28, 2023
Time: 10 am to 7 pm (Monday to Wednesday), 10 am to 9 pm (Thursday to Saturday)
Where: The Amazing Brentwood – 4567 Lougheed Highway, Burnaby
Tickets: Prices start at $29 for adults and $23 for children (plus ticketing fees), with discounts for students, seniors, and groups. VIP packages are also available, and infants under three years old are free. Purchase online

The show is presented by Just For Laughs, and it’s a great opportunity to see the two-time New York Times best-selling author and three-time Emmy winner in person.

What: The musical Anastasia is coming to Vancouver from January 18 to 23 at Queen Elizabeth Theatre. The dazzling show transports the audience from the twilight of the Russian Empire to the euphoria of Paris in the 1920s, as a brave young woman sets out to discover the mystery of her past. Pursued by a ruthless Soviet officer determined to silence her, Anya enlists the aid of a dashing conman and a lovable ex-aristocrat. Together, they embark on an epic adventure to help her find home, love, and family. 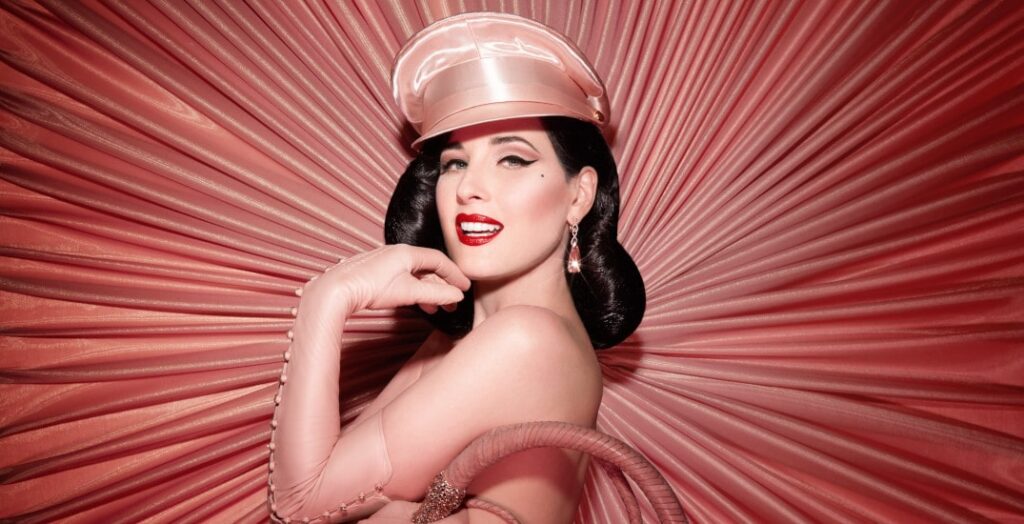 What: Dita Von Teese, The Queen of Burlesque, is bringing the world’s biggest burlesque show to Vancouver in January.

Attendees of Glamonatrix will enjoy a full evening of comedy and sophisticated striptease that celebrates diverse beauty and individuality. The “body-positive, celebratory show” will feature some of the most acclaimed burlesque performers in the world

The End is Nye! An Evening with Bill Nye the Science Guy!

What: Bill Nye will be presenting his new live multimedia show based on his Peacock series, The End is Nye. The event promises that it will be “an eye-opening, funny, informative, incredible evening.”

Attendees of The End is Nye live show at Queen Elizabeth Theatre will have Nye guide them through six of the most likely global challenges, both natural and unnatural. The award-winning educator will explain how we survive, mitigate, and even prevent these challenges. 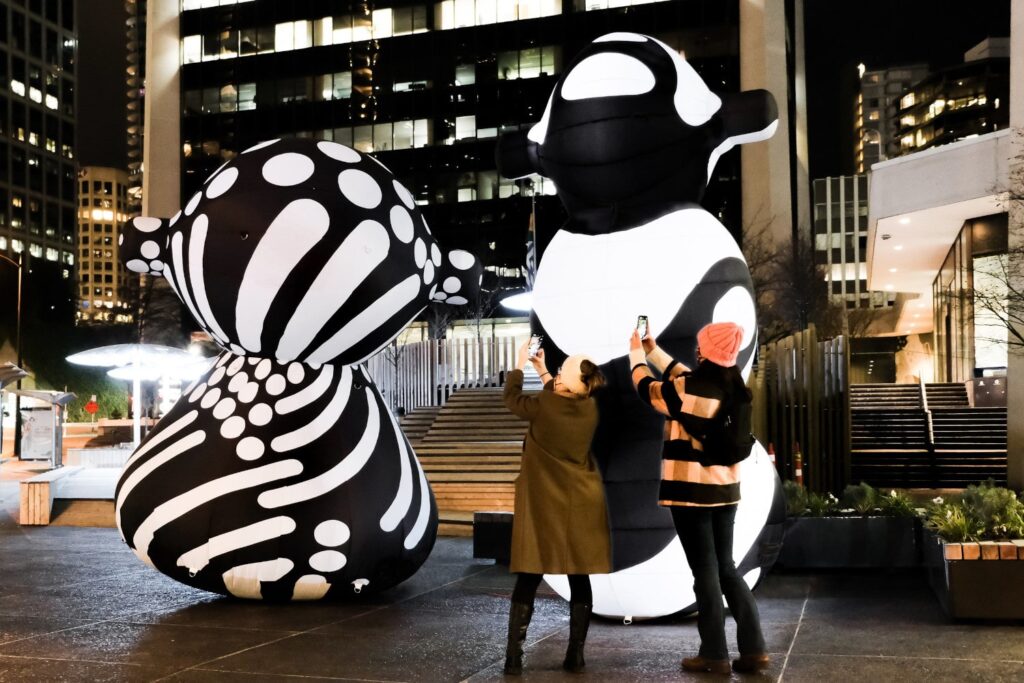 What: The third annual VMF Winter Arts is transforming public spaces across downtown Vancouver into interactive, open-air galleries featuring augmented reality (AR) art and lights. The popular event also features a variety of exciting festivities and happenings to add to your seasonal schedule.

What: World champion athletes and their 12,000-pound monster trucks will be tearing up the dirt in epic competitions of speed and skill. And you can even get up and close with the mighty machines at Monster Jam.

Fiddler on the Roof

What: Fiddler on the Roof is a Tony Award-winning musical that has captured the hearts of people from around the globe.

The timeless theatrical classic from Tony-winner Joseph Stein and Pulitzer Prize winners Jerry Bock and Sheldon Harnick tells the story of fathers and daughters, husbands and wives, and timeless traditions of faith and family.

What: Emmy Award-nominated Maria Bamford will be taking the stage at the Rio Theatre on Tuesday, June 27, and local comedy fans won’t want to miss seeing the legendary performer in person.

Bamford was the first female comic to have two half-hour Comedy Central Presents specials and is a past winner of the American Comedy Award for Best Club Comic. 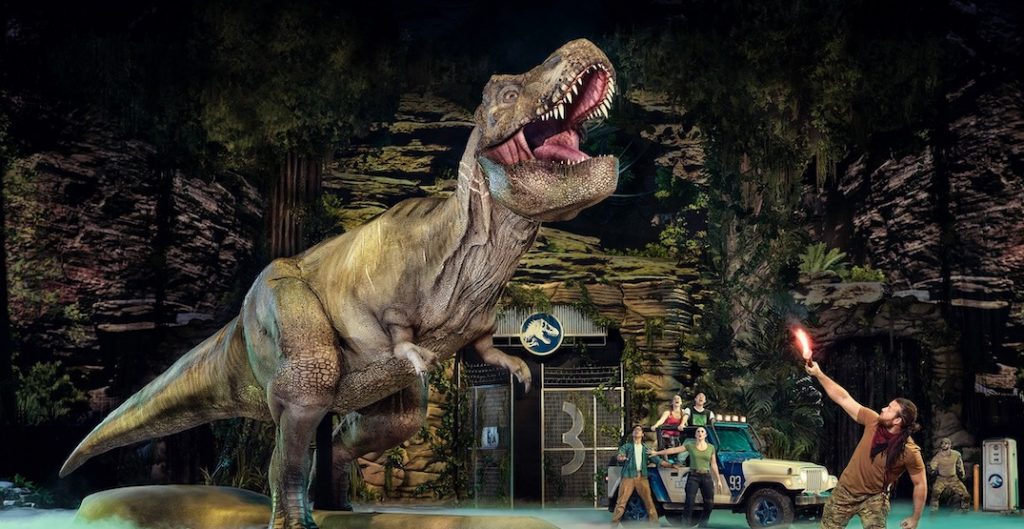 What: Expect to see Blue the Raptor, Triceratops, Pteranodons and the mighty T. rex taking centre stage during the Canadian premiere event. Jurassic World Live features over 24 film-accurate, life-sized, animatronic, and performer-operated dinosaurs, with each dinosaur built with the latest technology and Hollywood studio quality.

These dinosaurs are accompanied by real Gyrospheres, digital projection, special effects, and a continuous stream of impressive stunts.

We’re Already Living in the Metaverse

We’re Already Living in the Metaverse

January 26, 2023 Mollie Stokes
We use cookies on our website to give you the most relevant experience by remembering your preferences and repeat visits. By clicking “Accept All”, you consent to the use of ALL the cookies. However, you may visit "Cookie Settings" to provide a controlled consent.
Cookie SettingsAccept All
Manage consent